Stuntmutt drops by with another wild and wooly Vault of Farce:

Vault of Farce: Too Hard Mode

A thread started in our forum asked an interesting question regarding Oryx's motives in The Taken King. Stuntmutt delivers the answer eloquently.

Stuntmutt dazzles with another Vault of Farce!

Stuntmutt's been spying on my gaming sessions again... 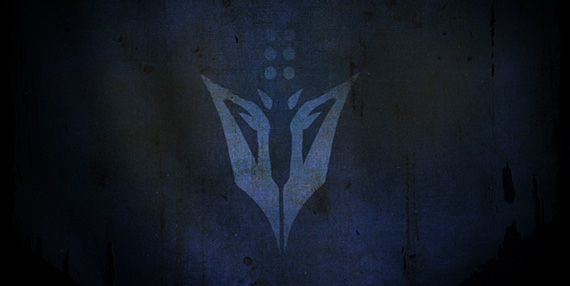 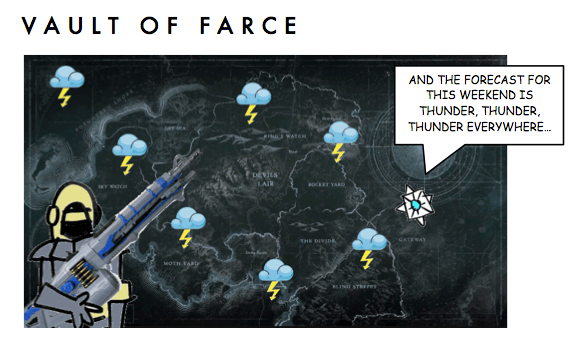 Bungie.Net now has a page dedicated to the Prison of Elders reveal. There's some new screenshots, some intel, and some glimpses of the gear to be awarded!

If you're reading this in the present, you can watch the stream as it's happening below. UPDATE: Archived version now available below:

If you'd rather just read about the new info and some commentary on the reveal, you can follow the thread in our forum. Look for Xenos comments for a lot of the juicy details!

Putting the *sigh* in Osiris

Who's looking forward to the Trials of Osiris? Stuntmutt is!

Bungie released a teaser for the Twitch stream reveal of Trials of Osiris, coming in next month's House of Wolves Expansion. (We put up a local copy, as well.) Be sure to tune in to their Twitch stream tomorrow, at 11am Pacific, with Bungie hosts Derek Carroll and Lars Bakken, and community guest tripleWRECK, for all the details!

Yeah, Stuntmutt HAD to go there.. 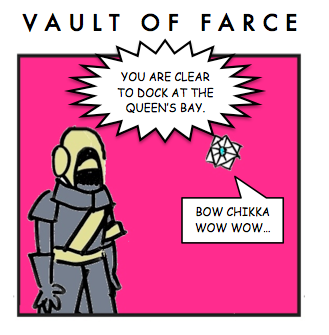 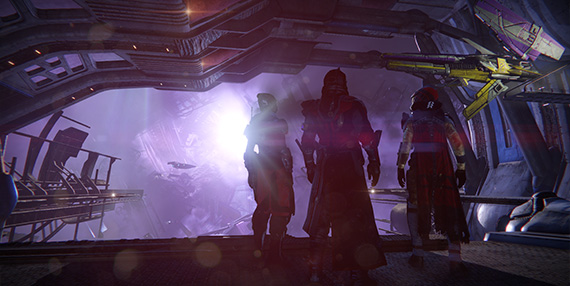 Stuntmutt is looking forward to the House of Wolves:

Schedule for HoW Info 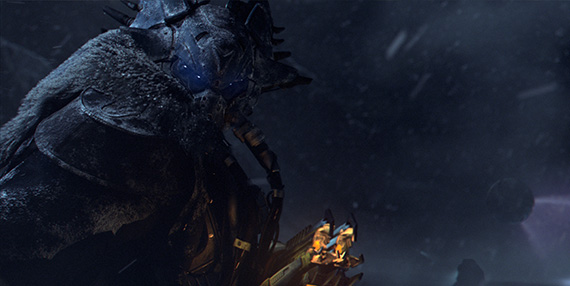 Bungie.net has posted an article explaining how information about the next Destiny Expansion will be disseminated - expect dumps on Wednesday, starting next week. Go read the article for all the details! (Overview: there will be no raid with HoW, your existing gear will have upgrade paths, and both 'Trials of Osiris' and 'Prison of Elders' will be explained.) Have something to add to the discussion? Jump in to our forum!
TAGS: houseofwolves
Claude Errera | Apr 13, 2015 06:10 pm | link

Activision and Bungie announced today that House of Wolves, the second Destiny expansion, will be available on May 19 - full details on what's included are not yet available (the teaser page on destinythegame.com shows unlocks coming over the next few weeks), but you can watch the official trailer here. (petetheduck pointed it out on our forum - he found it on Polygon.) It's local, as well.

Vault of Farce: Food For Thought

Vault of Farce: Half Hearted

Dungeons of the Mind

Stuntmutt turns an eye to the Cryptarch today - I'm getting flashbacks.