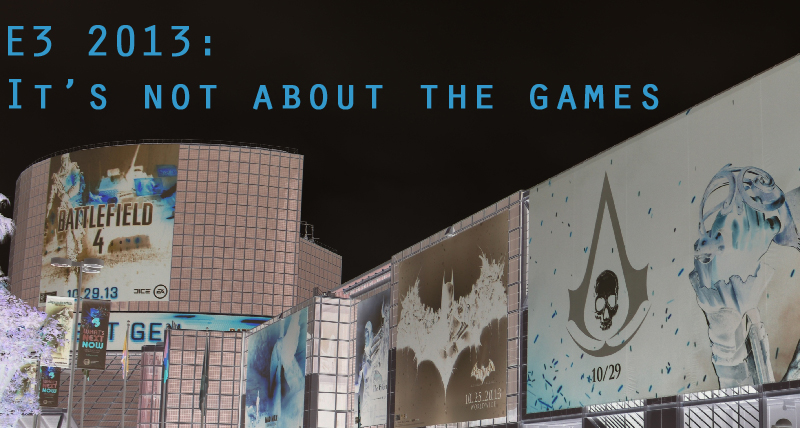 Growing up as a very young Nintendo fanboy during the reign of the N64, it’s no surprise that Nintendo Power magazine was my first introduction to the Electronic Entertainment Expo (E3). Without the internet to rely on for gaming news and previews, I was forced to wait an entire month for each new issue of the publication to arrive at my door. A trade show where attendees could play unreleased video games all day instead of waiting on print media for gaming news? Reading about that filled my head with the kind of dreams only a kid raised on The Wizard could think up.

This summer, I finally got to fulfill my childhood fantasy of attending E3, but I think Young Duncan would be disappointed with how Adult Duncan spent his time: I never set foot in the Nintendo booth, I barely played any games, and I certainly didn’t challenge Donkey Kong to a round of Mario Kart 64. Just like PAX, I discovered that the greatest part of E3, the part that really matters, has nothing to do with the games on display. It’s buried beneath the surface – let’s go looking for it:

END_OF_DOCUMENT_TOKEN_TO_BE_REPLACED

BUNGIE™, DESTINY™, MARATHON® and the Bungie, Destiny and Marathon logos
are either trademarks or registered trademarks of Bungie, Inc., used with permission.