31 May 2018
Link to this Update
Original B.net Link
Return to main page

This week at Bungie, we're preparing for the future.

Recently, we updated the Development Roadmap with some new milestones. September was plotted as a new waypoint with a hint of "more (yet to be revealed)." The time for that reveal has come. Here's your host with the details for our next really big show.

>DeeJ: We'd like to invite you to catch a glimpse of what we have planned for the second year of Destiny 2. We have some big ideas for how we're going to transform your Guardian lifestyle and reinforce your hobby as an interplanetary hero. We'll tell you all about it, and we'll do it live!

You'll hear from many members of our development team, who will set some big goals for September in their own words. We'll explore deeper into new territory with Game Director Steve Cotton and Project Lead Scott Taylor—two faces that you might recognize from previous reveals. We'll respond to a bunch of community feedback and unveil some other things you haven't even been looking forward to... yet. We'll top it all off with a look at a new Roadmap with exciting new promises for everyone. 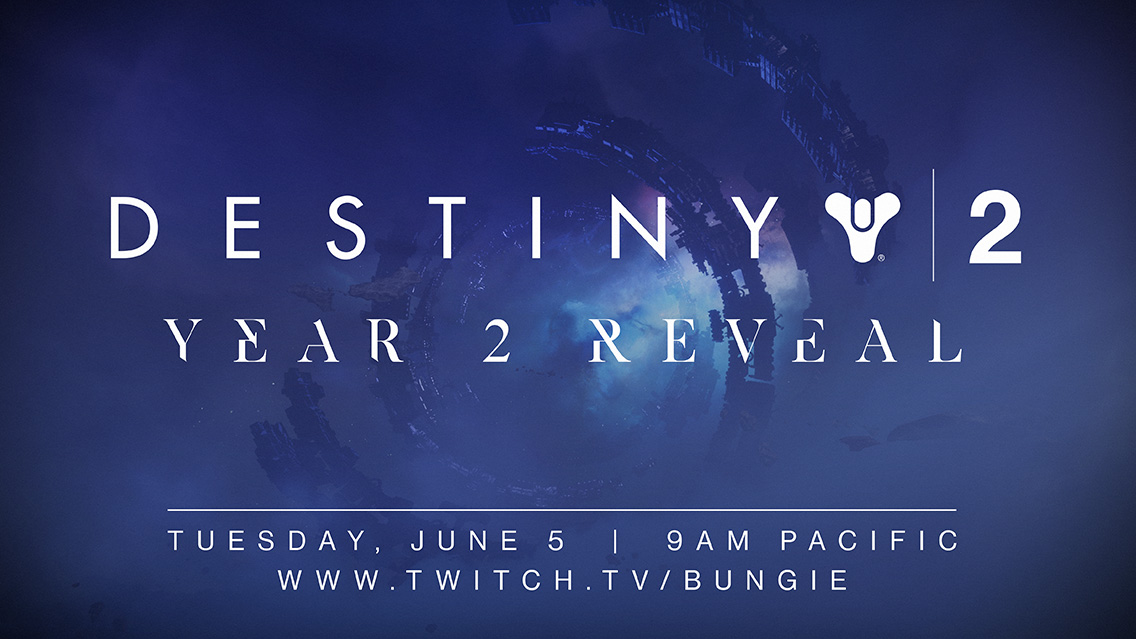 This will be the beginning of a conversation that will last all summer long. You won't want to miss it. We hope to see your names in chat as you give us your hot takes and spam those emotes.

In case you missed it, we spun up the Twitch studio for another Bungie Versus stream. It was our second challenge using Private Matches in Destiny 2, and this time we invited our friends at Vicarious Visions to do battle. This happened to be their first ever Twitch stream—keep an eye on their shiny new channel! The games were great, and we enjoyed some friendly competition. When the dust cleared, Team Bungie came out on top. There's a solid chance of a rematch in the future. We know they'll be out for revenge.

Thanks for playing, VV! All is fair in love and war. See you next time...

Return of the Rallies

Destiny Update 1.2.1 brought improvements to Faction Rallies for Season 3. Back in March, the Seasons team discussed their overall goals for the event. Today, we'll revisit those goals and outline the changes that have been made to achieve them.

Pledging to a faction should be a meaningful choice.

Faction Rallies should provide a unique gameplay experience and not simply be a reward layer on top of the existing game. Additionally, these events should build interest in Lost Sectors and armor ornament objectives.

While Renown is active on a player, others around them can see which faction the player has pledged to:

Note: Renown displays which Faction a Guardian is pledged to, but only from a third person view. This functionality applies to all players.

Faction Rallies will continue to feature a Winner's Offering to the faction that earned the most rank packages during a given event. These rewards will then be available in the rank-up reward pool in the following event. During Seasons 1 and 2, New Monarchy dominated the charts. We're eager to see whether Dead Orbit or Future War Cult can rack up some wins. 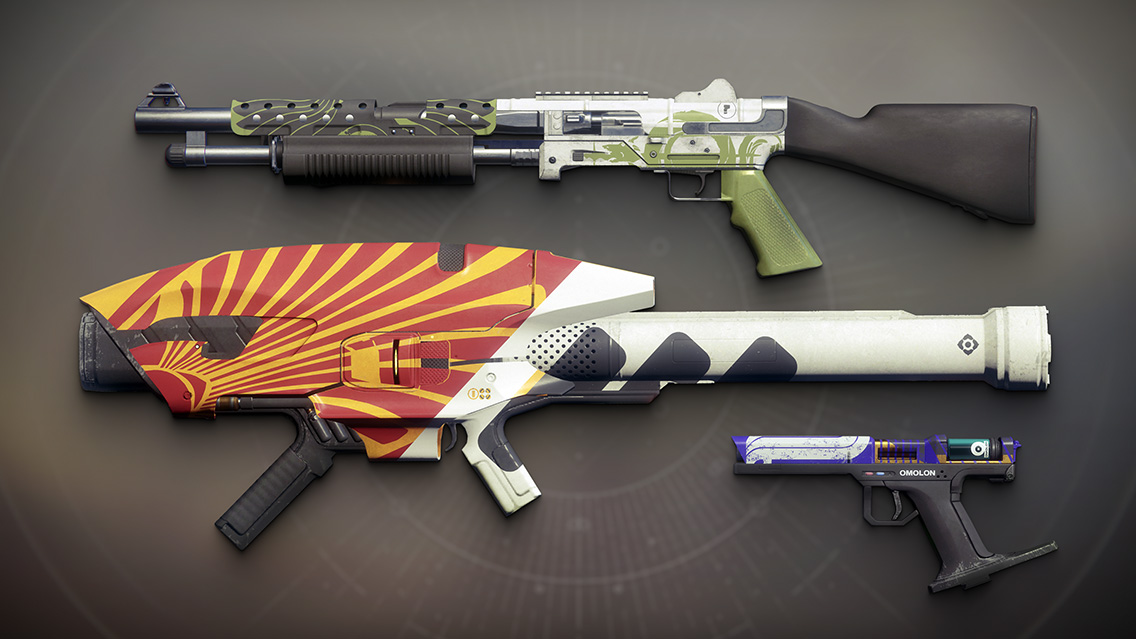 Faction Rallies will be available Tuesday, June 5 at 10 a.m. PDT through the following weekly reset. We'll continue to collect feedback once Faction Rallies is live, and monitor the conversations.

Yesterday, Crucible Labs became available with its first featured game mode. We've gotten quite a few questions on how the mode works, where to leave feedback, and what to expect moving forward. PvP Design Lead Derek Carroll has some answers:

Derek: The game type we're testing in this Crucible Lab is Showdown, a 4v4 team game that might feel a bit familiar to those of you who played Doubles. Double Doubles? Anyway, the rules are simple: Take out the enemy as many times as you can within the time limit to win each round, best 3 out of 5. If the game is tied 2-2 after four rounds, you will play a FINAL SHOWDOWN that's pure elimination, to crown the victor.

Crucible Labs is a work in progress, and we're learning as we go!  We expect this Lab to be available until the next weekly reset on June 5, but if something goes truly sideways, we might have to end the test earlier. We're deliberately starting Labs off simple, not just to test Showdown, but the Labs process itself.

This time around, we're going to ask you to sound off in the feedback forums on Bungie.net, though we'll be watching Reddit, Twitter, and all your usual haunts. In the future, we'd like to get more scientific about the whole process, but for now, your gut reactions will be great.

We're interested in any and all feedback you may have to offer, but the most obvious things we'd like to hear are:

Thanks in advance for checking this out, and I hope you have fun as you help us make the Crucible a better place for everyone!

Escalation Protocol has been a hot topic since the release of Warmind—we've been tracking feedback ranging from difficulty to fireteam size. Design Lead Jacob Benton and Design Lead Ben Wommack are making some changes to the experience.

Jacob/Ben: The moment this weekly update goes live, the Power levels for Escalation Protocol enemies will be lowered in waves 4-7. Waves 1-3 are unchanged and will remain at 370 Power (so still watch out for that level 2 Wizard boss).

Players who have stayed on Mars since before this update will need to return to Orbit and land on Mars again to see the following change:

NOTE: To avoid matching into an area that has been running since before the change, wait a short time after this update before landing on Mars again to attempt Escalation Protocol.

How We're Making This Change
Normally changing enemy Power levels requires a patch, but during development, we created unique server flags which can flip between two sets of Power levels for all Escalation Protocol enemies. These were created in the wake of the community summit, when we decided to make the activity even more difficult. The flags don't require any download from you to flip, which is how we can enact this change so quickly.

Reasons for This Change
We've been looking at our internal data while listening to all of your feedback about Escalation Protocol since the launch of Warmind. Reading these stats, not as many players are attempting Escalation Protocol with a fireteam of three as our designs intended, mostly because of how difficult waves 6 and 7 are. Tweaking the difficulty of waves 6 and 7 very quickly through Power level changes is something we can do right away because of the server flags mentioned above, rather than waiting a number of weeks to deliver a patch.

By reducing the Power levels of the latter waves, we are intending to make Escalation Protocol more approachable for players who want to try the activity at 385 as a fireteam of three with potential help from others in the world. Getting nine players into the same space will still be possible, but for those at or close to max level, it shouldn't feel as necessary as before. If anyone is worried that we're nerfing this activity into the ground, rest assured that it will still be a highly difficult end-game experience. All the mechanics, timers, and enemy behaviors will remain unchanged, so you should still plan to bring your best team, gear, and strategies to succeed.

Tomorrow, Issue 2 of the Warmind digital comic will become available, written by Mark Waid (Doctor Strange) and David A. Rodriguez (Destiny 2: Warmind), and inked by Kris Anka (Runaways). This is expected to become available at 10 a.m. PDT, but stay tuned to @Bungie on Twitter for announcements of availability. 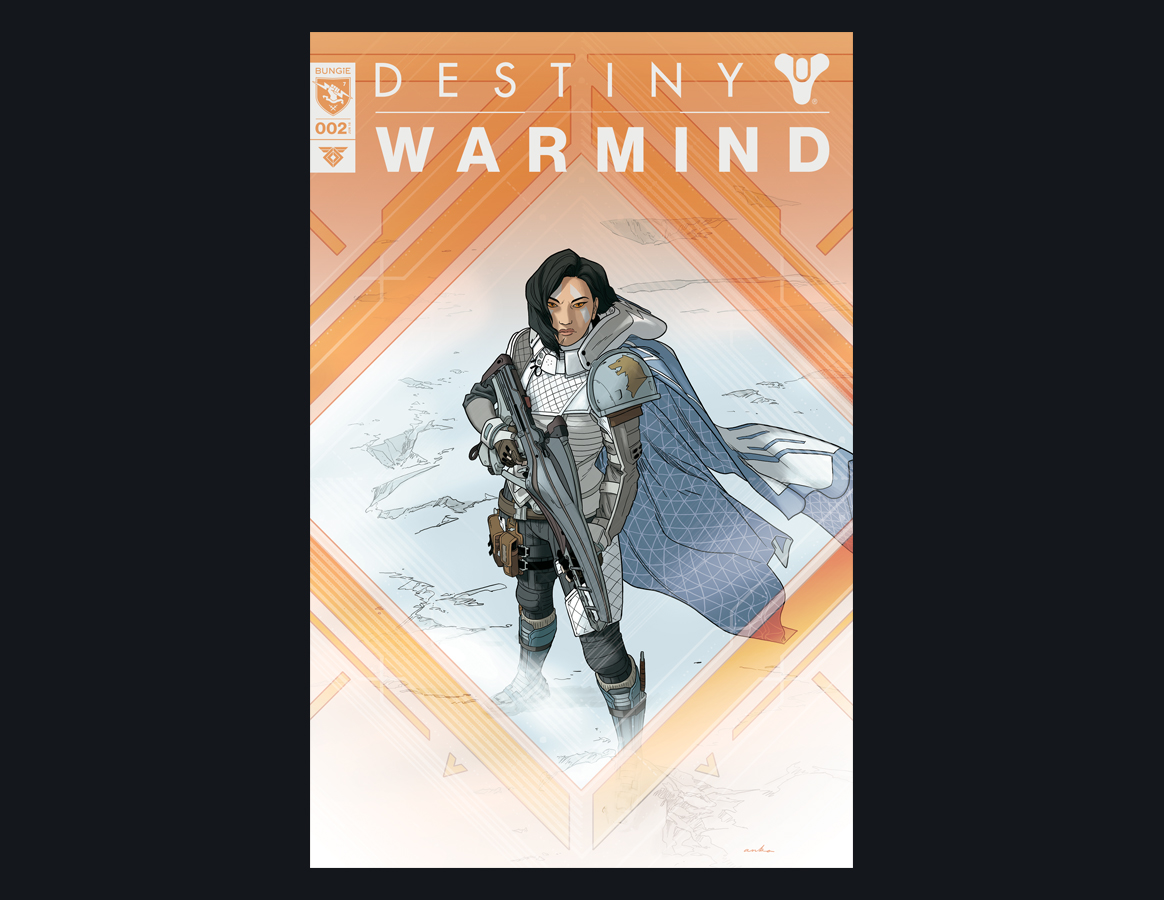 Update 1.2.1 shipped fixes for various issues that impact Destiny 2 gameplay. A few more have been discovered since release. Destiny Player Support has the most up-to-date information on confirmed issues in the game and what's being worked on.

Since the release of Destiny Update 1.2.1, the following issues have been identified and confirmed:

These items have been added to the Warmind Vital Information and Known Issues thread in the #Help forum. Stay tuned to @BungieHelp on Twitter for updates.

Each activity in Destiny 2 has potential for Movie-of-the-Week-style experiences. Raids, Crucible, destinations and more could lend a moment or two of unforgettable fun or ultimate testaments of teamwork to achieve a goal. Take your seats, as the show is about to begin:

Movie of the Week: Teamwork Makes the Dream Work

Honorable Mention: Don't Stand So Close to Me

Another step on the roadmap has been executed, and we have much more in store through the coming months. If you want to make sure you don't miss a beat, subscribe for updates via email on Bungie.net. When you invite us to keep in touch, it gives us a chance to send you communications that are tailored to your specific play style. You'll also earn an Emblem that will only be displayed by the well-informed.

Steps on Email Validation can be found here - and for those of you who are already subscribed, we'll be sending out an exclusive Emblem for your troubles. We'll be sending this out to active subscribers periodically throughout the summer.

Enjoy the weekend, and we'll see you Tuesday!