This week at Bungie, we witnessed a Gunslinger's last stand.

Earlier today we showed you another glimpse of Cayde-6, surrounded by Barons, fighting off a barrage of enemies. Take a look.

You will be able to experience the full story of Cayde's fate and claim your revenge when Forsaken launches on September 4.

That wasn't the only thing we showed off on the Blizzard stage at gamescom—we also announced an upcoming 24-hour Gambit Trial that is free to all players of Destiny 2.

If you want to give Gambit a try before Forsaken, the competitive co-op activity will be on full display September 1.

You will have to wait until after September 4 to start earning Gambit-specific rewards and ranking up your Infamy, but you will still see some Year 1 reward drops. Gambit stats will not be recorded during the 24-hour trial, but they will be available for tracking on bungie.net after September 4.

Many of you have been reaching out with questions about start times and dates. You want to know the exact time you will be able to start hunting down Uldren and his Barons, and then, when you can turn your might toward whatever horrors await you within the raid.

On September 4, there will be a day one patch that players will need to download before they can play Forsaken. Destiny 2 will be brought down for maintenance at 7 AM PDT, and we anticipate that the patch will become available to players on all platforms by 7:30 AM PDT. Maintenance will end at 10 AM PDT, and assuming you have completed your download, you can start playing Forsaken at that time.

The next date we know you want to circle on your calendar is when the raid will open up and when the race for World First will begin. Here is Senior Designer Joe Blackburn to tell you more.

Joe: Forsaken is proof that the full Destiny 2 experience is just beginning when the campaign comes to a close. With so many new things to do and so much Power to gain, we knew that players would need more than just three days to prepare for the incredible challenges of Forsaken's raid. That's why "Last Wish," the next chapter in Destiny's raiding legacy, goes live on September 14 at 10 AM PDT, a week and a half after you'll have first set foot on the Tangled Shore. Good luck, Guardians. 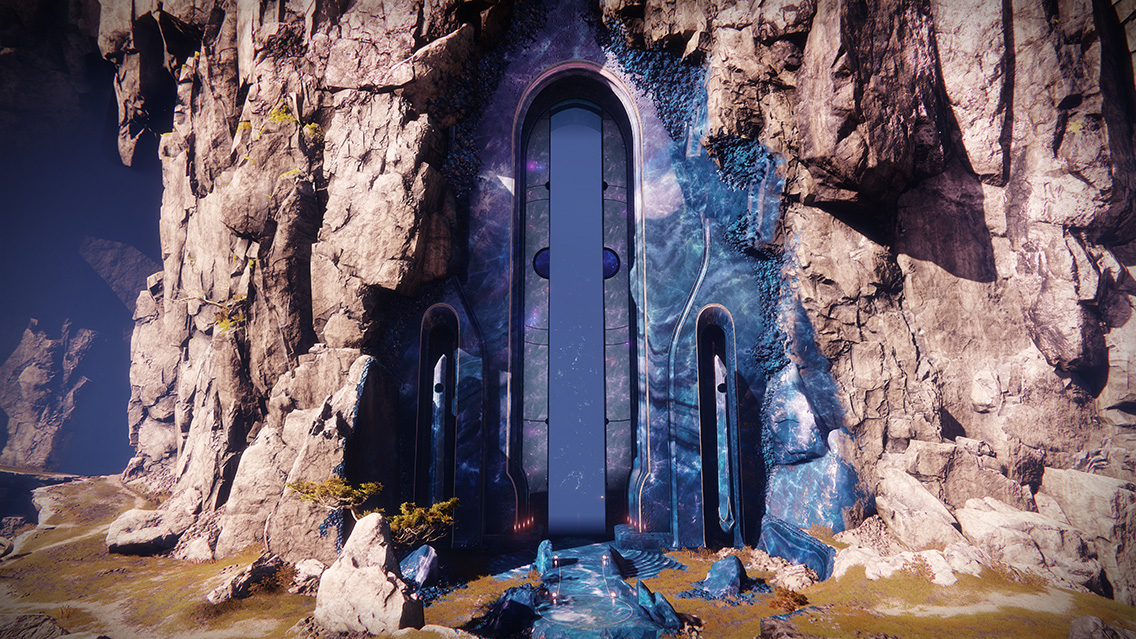 There has been some confusion about the new mods coming on September 4. Many of you are asking what gear will take mods and what will happen to the old mods when the new hotness arrives. We brought in Design Lead Joe Shamrock to answer these questions.

Ham Slamrick: Hey everybody! I'm back on this beautiful "TWAB before 'THE TWAB BEFORE'"—if you catch my meaning—to paint you a clearer picture regarding Year 2 mods...

The first thing we need to do is to properly set expectations for the acquisition of Year 2 mods. We want mods to be more meaningful customizations to your gear that allow you to make it your own. As you've likely seen from the combat stream, we've added several options that will let you adapt your arsenal to your style of play.

Although the stream showcased a huge stockpile of mods, when you can't give yourself an unlimited number of mods using a debug build, you'll find these items are intentionally rare. Those of you who are Smaugly sitting atop a pile of mod components will be able to stock up on some Year 2 mods from the Gunsmith. The rest of us, however, will slowly mod our way to victory one hard-earned drop after another.


Finally, this one goes out to the Year 2 armor mods and the Year 1 armor that loves them...

As of the launch of Forsaken on September 4:


And that's the deal with mods.

Next Tuesday, a lot of changes go into effect. We have covered many of them in the combat stream and previous TWABs. But there are still a few more bullet points to fire out. Here is a look at a few more things changing in Update 2.0.0 on August 28.

In the time between 2.0.0 going live and Forsaken launching, things might get a little weird. Player Support has the info you need to know.

On Tuesday, August 28, Destiny 2 will receive Update 2.0.0. This update will introduce changes in preparation for the launch of Forsaken and will be the official conclusion to Solstice of Heroes. For the Update 2.0.0 deployment schedule, please see the times listed below.


Players should be aware that at 9:45 AM PDT, they will no longer be able to access Destiny 2 or participate in Solstice of Heroes and Moments of Triumph. Players with lingering objectives and unclaimed rewards should act now to make sure nothing is missed when this maintenance begins.

For live updates during the maintenance window, players should follow @BungieHelp on Twitter or monitor our support feed on help.Bungie.net.

Players should be aware of the following changes to the game experience following Update 2.0.0 on 8/28:


For the full Destiny 2 Update 2.0.0 patch notes on 8/28, players should keep an eye on our Updates page or follow @Bungie on Twitter for live announcements.

Trials of the Nine

Following the weekend of August 24, Trials of the Nine will be on hiatus and the Trophy/Achievement "Lest Ye Be Judged" will not be available to players who have not yet unlocked it.

Players who wish to unlock this Trophy/Achievement before Trials of the Nine goes on hiatus will need to win 1 Trials of the Nine match this upcoming weekend of August 24 and meet the Emissary of the Nine at the Third Spire before the start of maintenance on Tuesday 8/28.

Players can expect more information about changes leading up to the launch of Destiny 2: Forsaken in next week's Player Support Report.

It's time to fire up the reel. We have the movies, you have the eyeballs. Let's introduce them. All of these movies are created by the community, and everyone who worked on them will receive a special emblem for their efforts. For your chance at winning Movie of the Week, submit your movie to the Creations page.

On to the movies.

Movie of the Week: Ultimate Teamtage 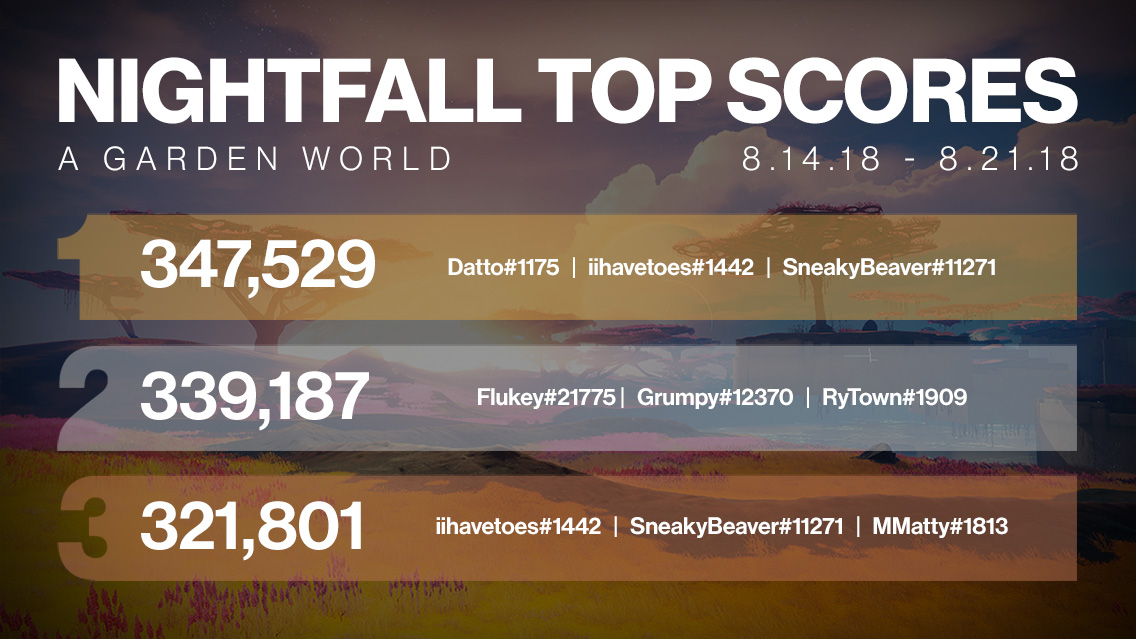 We're close now. Next week, everyone gets to experience some of the major system and sandbox changes coming to Destiny 2. Forsaken comes in hot off the heels of that release, and you will have a little more breathing room to get raid ready for September 14.

I'm looking forward to playing some Gambit with the community during our 24-hour trial. Keep an eye on bungie.net next week, and I will post a sign-up sheet if you want a chance to play in my fireteam. No invasion experience needed.

We will also be at PAX next week! If you are attending, swing by our booth. We are going to do some signing and Gambit will be playable. The Bungie store will also be there with Destiny themed merchandise. We'll see you there!