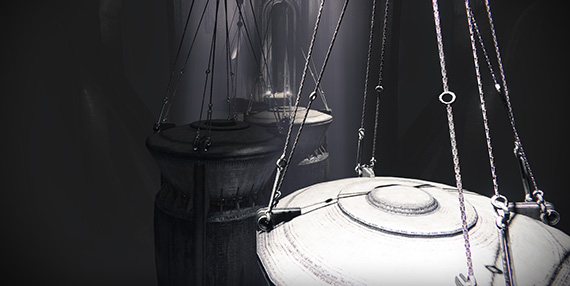 This week at Bungie we finally coronated Oryx as the Taken King of Destiny.

Your first steps onto the Dreadnaught mark the end of a long journey for us - both as developers and as a community. All year, we dreamed of what Destiny could and would be in Year Two. All summer, we thought about the day one wave of Guardians that would establish the first beachhead aboard Oryx's fortress. In the final weeks that led to the here and now, we took just about every opportunity we could think of to tell you that our next adventure was about to begin.

And it has begun.

Now, we're listening. That's always the best part - when we get to shut up and pass the mic to you. Now we get to listen to your stories from Destiny. Some of them are about the talents you're unlocking and the battles you're waging. Others are about obstacles we need to clear from your path. No matter the narrative, we're all ears. This is the moment when we truly learn what we've created, and it's why each and every one of us at Bungie wanted to work on a game just like Destiny.

We hope you're having fun on this new adventure. We're right there alongside you, plundering that loot-filled fortress and leveling up a new sub-class (although we are on strict orders not to spoil any secrets, or any of your fun). We know the job of serving this community is never done, so we're doing that thing, too.

Of Gods and Kings

Facing Oryx was never the end...

The time has come once again to put the Destiny community to the ultimate test. Teams are poised, ready to explore the unknown. Trusted allies have formed into tightly knit Fireteams prepared to take on any challenge, together. For many a Guardian, the pinnacle activity of The Taken King's player experience still beckons.

Heroes are about to be born. We've seen players plunge into the howling darkness and emerge from the smoldering aftermath as legends. It's a thing we love to witness. It's time to see who among you can enter the clearing first.

King's Fall begins tomorrow at 10 AM Pacific. The countdown has begun.

Of Odds and Bling

As a close second to the start of a new Raid, another hotly-anticipated event in the world of Destiny is the arrival of our perennial dealer of all things Exotic. He is the Agent of the Nine. You know him more affectionately as Xûr. Destiny Year Two wouldn't be the same without him. Yet, like so many things in Destiny, that snake-faced bastard will behave differently now. 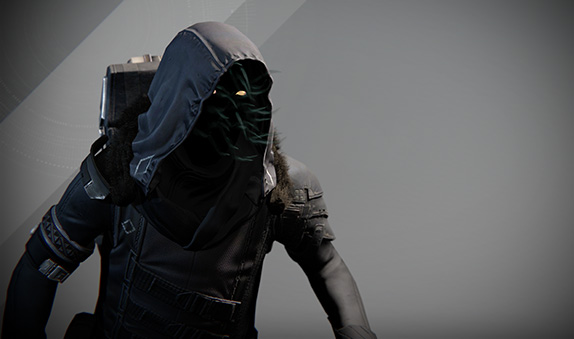 Xûr's got a brand new bag. Curious about what's in it? Senior Design Lead Tyson Green (perhaps you remember him from the Destiny Year Two Reveal) is here to talk about the strange being who arrives in the middle of the night to take earn your Strange Coins.

Tyson: In Year One, Xûr was a community "loot drop," a shared rallying point that everyone could cheer or curse. In Year Two, Xûr's offerings have been changed so that he will select either a specific Exotic Weapon or an Exotic Engram for sale every week. This change is due primarily to our desire to give players more direct paths to acquiring the Exotics they want through Quests and gameplay experiences, and to avoid repetition in his inventory.

Xûr will also sell a new consumable, the Three of Coins, which gives bosses a chance to drop Exotic Engrams, including Weapon Engrams. These consumables have a cumulative luck effect, so even if one doesn't net you a drop, the next one has a higher chance to do so.

Lastly, Xûr will also choose a Legacy Engram every week. These Engrams contain Year One Exotics (at Year One Attack and Defense levels) for players who want to finish up a Collection. They strongly bias towards Exotics not already in your Blueprint Collection, to help fill in the blank slots - excluding Mythoclast and Necrochasm, which are still only available from their Year One sources.

Xûr has said so many times himself: His will is not his own.

Response Time is a Factor

The #Help forum on Bungie.net is the best and fastest place to seek assistance with an issue that prevents you from playing Destiny. There, you'll find a team of support specialists who are backed by a committee of volunteers from our community, as well as the entire studio who makes the game. If we can help you, meet us halfway and make a post where it counts!

DPS: With Destiny: The Taken King released in all regions, Destiny Player Support is dedicated to keeping you updated on known issues, how to access new content, and best troubleshooting practices. Here's a few top issue items we're tracking on our updated Vital Information thread:

We're committed to tracking and communicating any and all issues Guardians may be experiencing when playing Destiny: The Taken King. If you're confused about a new in-game experience, having problems accessing purchased content or facing technical issues, Destiny Player Support awaits you on the #Help forum. We've also updated our Guided Support for Destiny: The Taken King. Keep it handy...for close encounters.

Remember where to find us. Don't get run over by the hype train on Twitter. Seek out the very best #Help we have to provide when you need it to complete your journey starside.

The Sun Will Come Out

Remember that thing we said about relishing the chance to listen? We like to watch, too. Here's the guy who wants to make you famous.

Cozmo: Welcome to the first Movie of the Week of Year Two. We are early in your exploration of The Taken King, but already have great videos popping up on the Community Creations page. Should you see your video as a winner or honorable mention, you'll be receiving a special emblem to set you apart from the crowd. This MOTW follows a special theme in which each winner wields Solar energy. Get ready for some exciting uses of renewable energy. Next week, we'll be looking for Void videos, so plan accordingly. For now let's praise the sun.

Movie of the Week: Solar Sword vs Crota

Good luck on that Raid, Guardians! We'll be on hand to ratify the title of World First.

Give our regards to Xûr. We'll see you in the Tower as you dash from place to place to discover his perch for this week.

As always, thanks for playing. Year Two is well begun, and we're already pondering exciting new ways to keep you on point all year long.