This week at Bungie we're building ourselves a new Twitch studio.

Last week, we gave some definition to the future with a roadmap for new Destiny content. With some fresh promises whispered on the wind, we're getting ready to talk more about life behind the scenes in our secure development compound. Thus, we're breaking new ground that will enable us to communicate with you more. 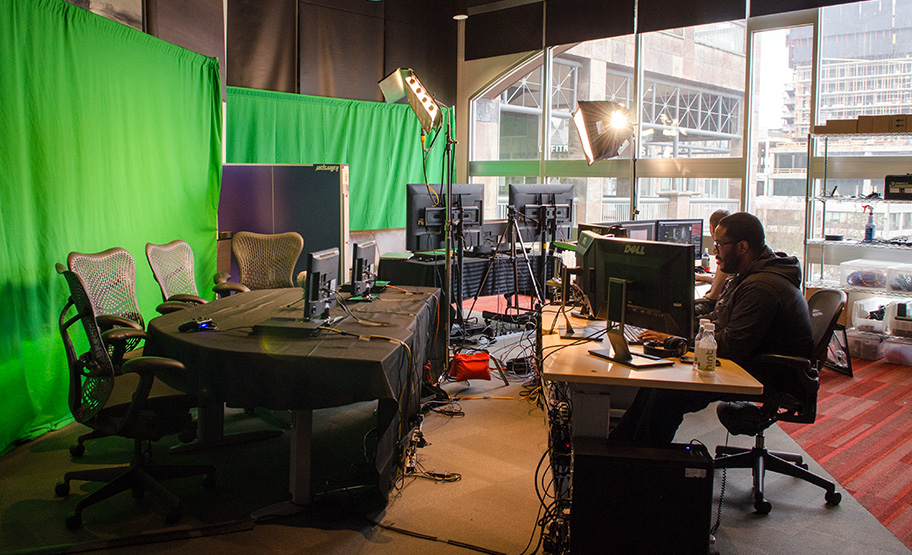 Many of you have expressed the fact that you're not voracious readers, so we'll do more of it live!

We thrive on a healthy relationship with our community. Some of our finest moments on the Community Team have been live on Twitch. We've put a price on some heads in the Crucible, taken a ride through destinations with the world builders who created them, and even revealed new game content to record-breaking audiences.

"Why don't you do that more often?"

I know, right? The thing is, we've lacked a permanent space to put on a good show. Until now. 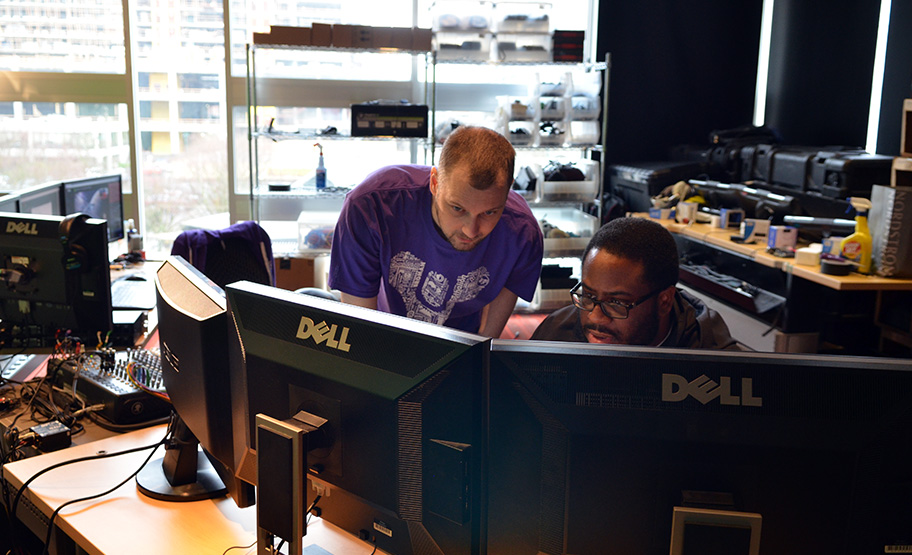 Meet two guys who work behind the scenes. When I'm sitting on the couch and displaying my severe lack of prowess in PVP, it's Scott Kankelborg and Jason Pate who are making the real magic happen. If you're a Twitch streamer, you're probably jealous of my crew. Everything that happens at Bungie is a team effort. 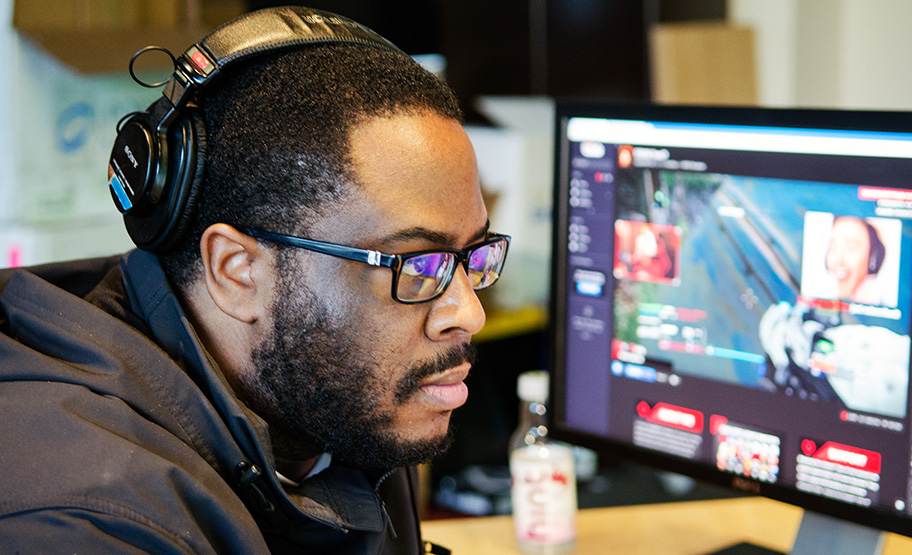 According to Jason, space is the final frontier:

The biggest challenge for creating a streaming studio at Bungie is the space itself. You have to find a place that isn't too cramped, but isn't large enough that you are taking up space that could be used for other things. [Editor's Note: Like making your game!] There are a lot of people here and space is like Water, Spice, Gold, Land, Gas... whichever apocalyptic resource reference you want. We were moving all over the studio trying to find space that wasn't being used for meetings, training, and other important activities. It's like trying to find that study spot during finals in the campus library that has the comfy chairs that don't hurt your ass after 5 mins of sitting. 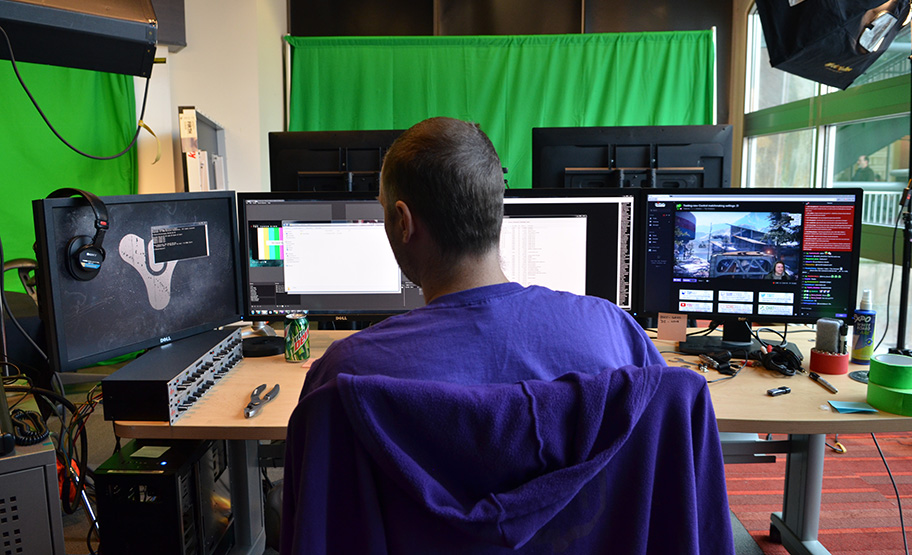 Scott has always been our resident Twitch expert:

I wanted to make a space that's quick and easy to use - something that can also gear up super-fast to handle Bounties, special guest stars, or large reveal streams. It should be a space where we can broadcast in formats the community is used to and ensure that new exciting formats can be applied; new camera angles, seating layouts, screen formats, gameplay setups, and maybe even a live background now and then. I'm told that's a really tough thing to get right. Challenge accepted! With a more permanent space, we can start looking at tech and software that wasn't an option before. We can also think about creating a proper set with nice lights and furniture. I'm also committed to ensuring that our streams always feel like Twitch. It's not canned video. It's not memorized word-for-word scripts. It's real and live just the way it should be.

Our plan is to put on a show of some variety once every week. Most streams will be casual hangouts - Ride Alongs, Bungie Bounties, that sort of thing. Some will be game reveals. The cadence will help us keep in touch with you, and vice versa. We'll introduce you to the people who make your games and delve into their creative process. We'll expose you to new things we're making. When we have nothing new to say, we'll send Cozmo into a Raid with a special Bungie guest and a few Guardians who have never faced the final boss.

We'll begin in March. Here's something to look forward to real soon. 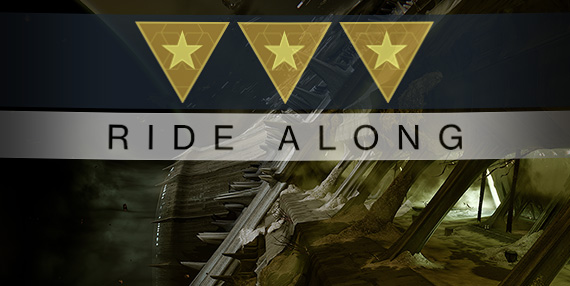 Maybe we'll even throw some studio leadership on the couch to talk more about that roadmap.

Watch this space for your invitations to tune in.

Next week, Saladin is back. Along with his flaming gong, his cargo will include dangerous loot and sweet threads for your Guardian. You can take it from him, if your aim is true.

The game is Clash!

Team up - it's kill or be killed. Stick together and hunt each other down. If you're a lone wolf who found Rift punishing, this is your playground. To the victors go the spoils, and here they are... 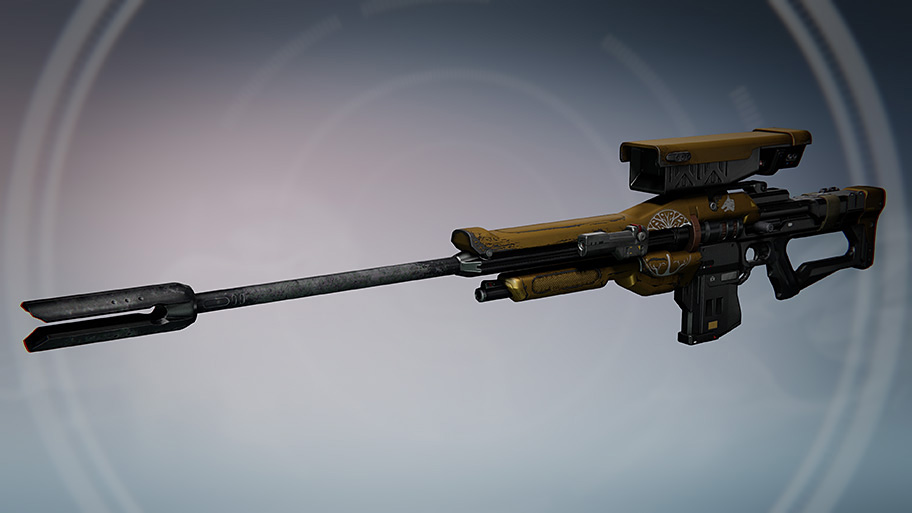 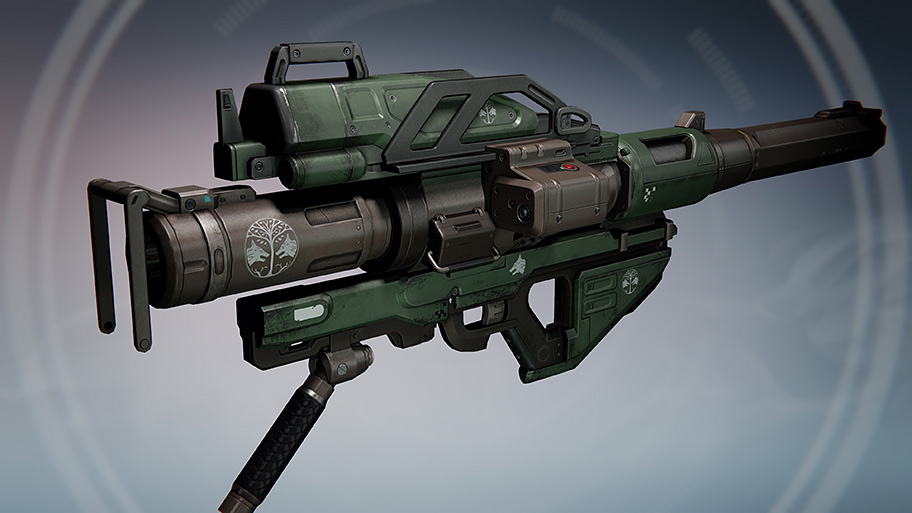 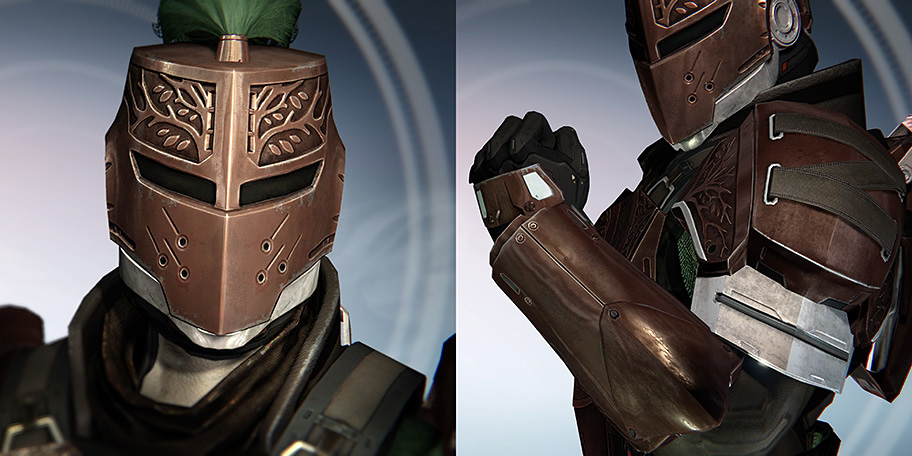 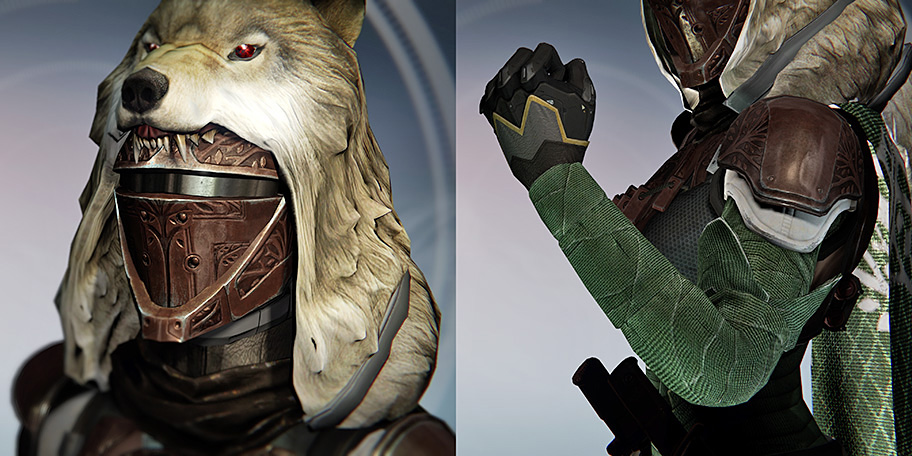 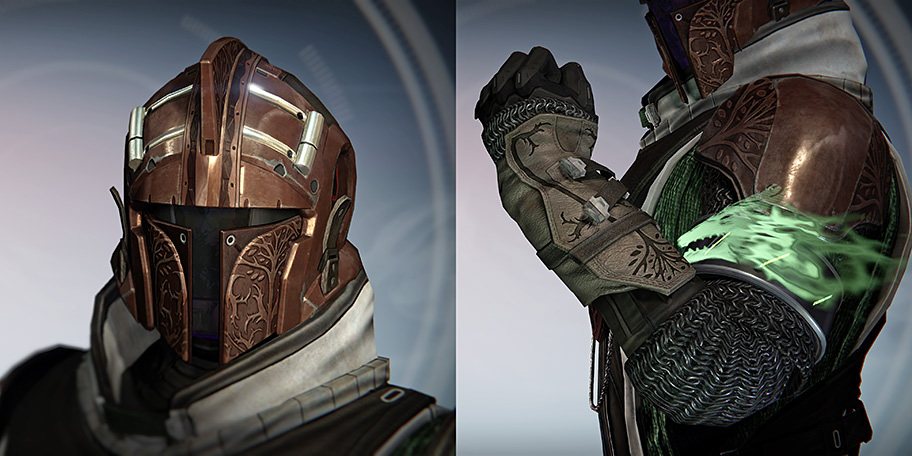 The team might even deploy new Matchmaking settings that favor connection quality over skill. That could result in fiercer competition, but that threat should be of no concern for a true champion of the Iron Lords. In the meantime, play some Control and talk to us about your combat experiences.

They live to serve. Along with the community Mentors who reinforce their ranks, the stewards of Destiny Player Support are committed to keeping you connected.

DPS: This coming Saturday, February 20th, the Daily Heroic Story Mission will not award players with Legendary Marks upon completion. More information may be found within this Help Article. We apologize for the inconvenience.

With the conclusion of Crimson Days, we've seen many players in the #Help forum asking "When will I be receiving my Crimson Days Ghost?" Qualifying players will be receiving a Light level 320 Crimson Days Ghost by February 23rd, 2016. One Chocolate or Crimson Ghost per account will be delivered to the Postmaster. Ensure your Postmaster has available space to avoid loss of any items residing within. All qualifications and details may be found within the "Believe in Ghosts" News Article.

Finally, Iron Banner will be returning February 23rd. Noted in the Update 2.1.1 patch notes, the following issues have been resolved:

If you didn't see a mention of an issue that ails you, check out help.bungie.net.

When he's not chasing the storm of feedback that rages on our forum, this guy is sifting through the sands of artwork in search of the jewels.

Cozmo: Please take a seat; the films are about to begin. We have a great lineup of great creations from the Destiny community. All of our creators will be rewarded for their work in the form of unique emblems. To secure your chance at winning your own MOTW emblem, submit your video to the Creations page. Remember to include a brief description of what takes place.


Honorable Mention: With our powers combined...


By now, you should have noticed that the Bungie Blog has a WHOLE NEW LOOK!

Do you like it? Please say you like it. The Bungie.net team loves to see you happy. They're just like the rest of Bungie in that way.

We'll see you next week, in the Iron Banner, and beyond.