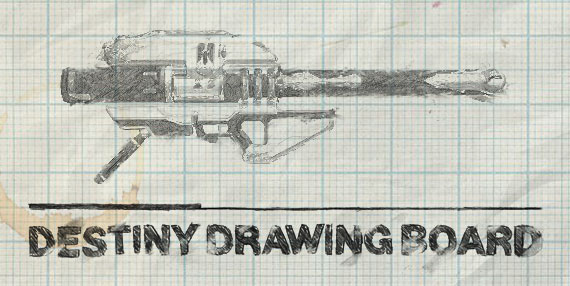 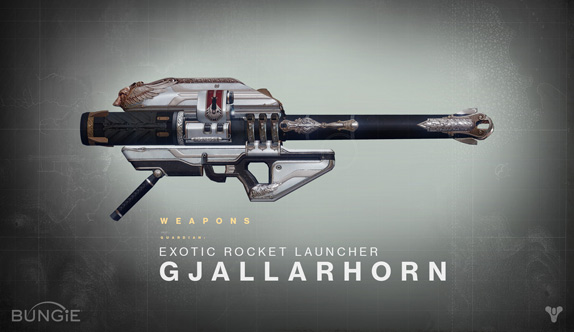 Heroes rise and fall, before they pass into legend. Weapons that weather the test of time can earn equally bold reputations as they become hoisted by new warriors. To hear Tom Doyle talk about the Gjallarhorn, this rocket launcher sounds more like a trophy than a deliverer of explosive ordnance.

"This is the gilded weapon of a City Champion. It's a very decorated Guardian weapon to say the least." Doyle proceeds to describe what sounds more like an animal. "Feared and revered, with no attempt to be stealthy, it loudly announces its presence with a howl." 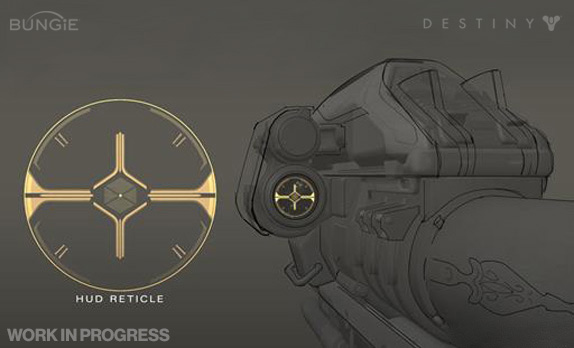 What started off as a joke, ended up making a statement about our game. "The initial block model for Gjallarhorn was cool looking, but it was missing some detail that would make it shine in first person view." After some brainstorming, and a catalyst that came from a concept long since lost to the chaos of the Bungie creative process, our designers envisioned a way to infuse this horn of destruction with a beastly spirit. "Mark just kept adding a wolf every day that he was working on the high resolution model." 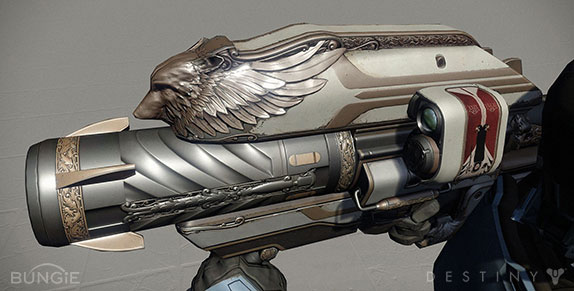 The end result is as ornate as it is deadly. "This Rocket launcher has the highest WPG count of any Bungie weapon ever," Doyle states with a sly grin. "WPG, of course, is the 'Wolves Per Gun' statistic. I thought this concept said a lot about the world we are making, mainly the mythic elements of its fiction."

Gjallarhorn will be hibernating in the mysterious world that's the setting of your next adventure. It waits, buried silently in the rubble, for a Guardian brave enough to tame it. 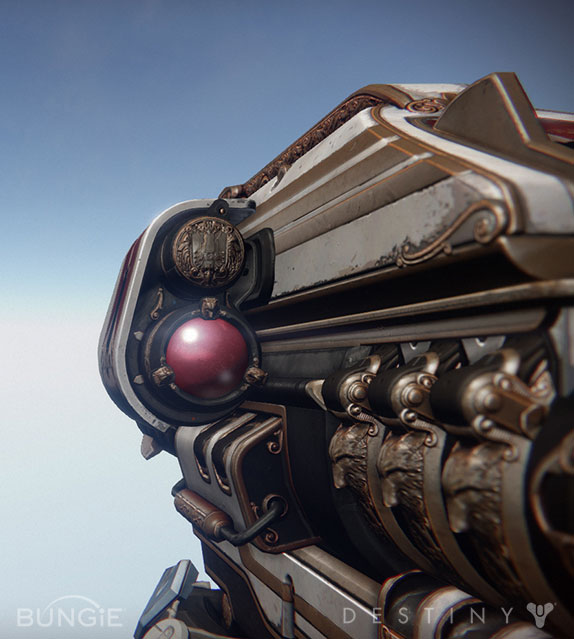 This is just one weapon in an ongoing series in which we'll dig into the finer details of our upcoming first person shooter, and explore how every element shapes the brave new world where your adventure will take place. All items, details, names, and pieces of random trivia are subject to change or total disappearance decided by coin toss.