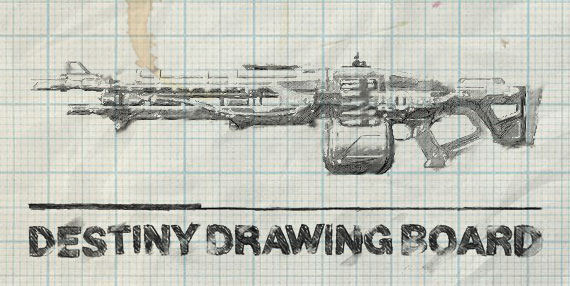 "At any moment, this gun should feel like it might blow up in your hands."
Tom Doyle, Art Lead 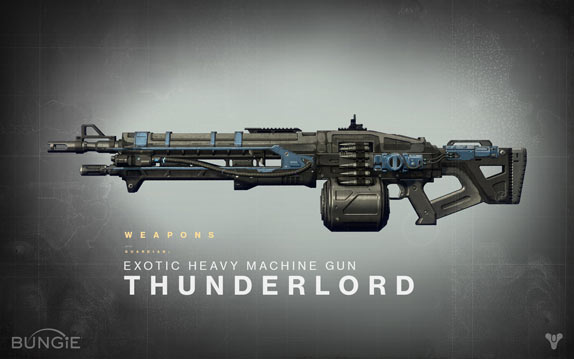 The Thunderlord is so dangerous a weapon that it poses an equal threat to the Guardian behind it as it does to the enemies that appear downrange. This heavy exotic is a foolish aberration, tinkered with in ways few can fully understand. The result of this meddlesome hubris is a beast you can barely control. 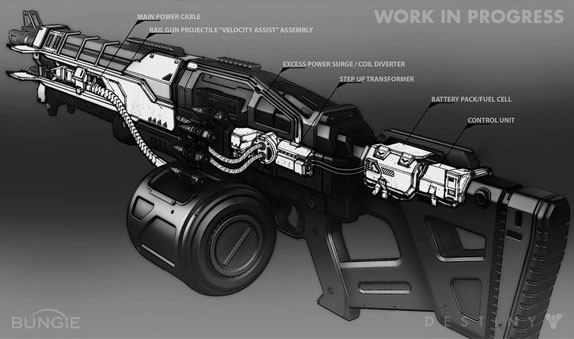 Given the erratic nature of this augmented armament, it is decidedly rare. According to Art Lead Tom Doyle, the Thunderlord is a desperate measure on the part of a society that grew weary of being outgunned. "The ammunition is some kind of monster that they wouldn't normally use," Doyle warns. "The use of electro-static rounds over this amplitude has been prohibited due to their volatility." 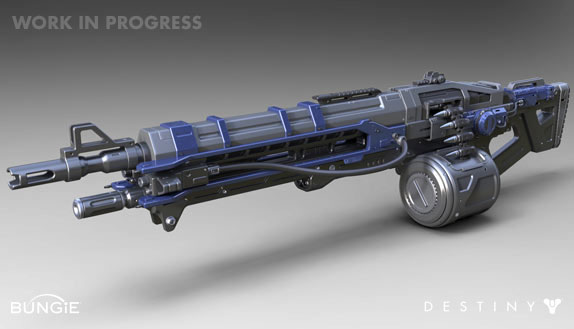 Vital missions beg of some room to bend the rules. So far, Bungie devs have wielded this belt-fed menace on quests in Los Angeles and Cologne, Germany. On both occasions, it performed with explosive success. "Justin Hayward really brought the weapon to life with the lighting effects in the eleventh hour before E3," recalls Doyle. "It is a great example of how vital effects are for exotic weapons in first person."

It's also a great example of how to delight a crowd. 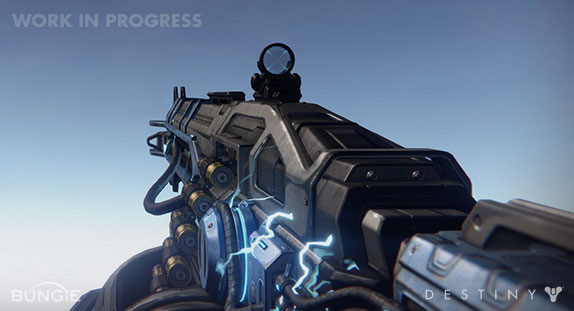 A Guardian gains the right to add the Thunderlord to their inventory by proving that they're worthy of its firepower. Once earned, it will have to be put to prudent use before its full potential can be realized. After all, you don't just deploy explosive ammunition on the first date. Like many of the implements in your armory, this is a gun worthy of a long-term relationship.

This is just one weapon in an ongoing series in which we'll dig into the finer details of our upcoming first person action game, and explore how every element shapes the brave new world where your adventure will take place. All items, details, names, and pieces of random trivia are subject to change or self-destruction due to abuse during testing.