Bungie Only Does Everything 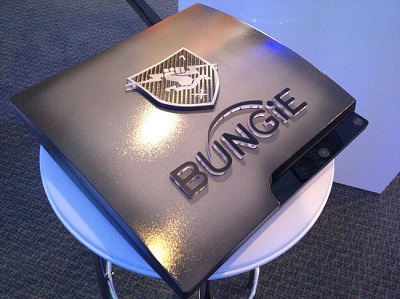 Looks like the PlayStation team wanted to thank Bungie for appearing at the Sony press conference by giving them an awesome custom PS3. Very cool!

Home Is Where The Art Is

The official PlayStation Blog has revealed a number of downloadable goodies that will be available to PS3 owners during E3 next week; one of the items is a "Destiny Dynamic Theme" (i.e. animated background) for your PS3. It sounds like you'll have to log in to PlayStation Home to snag this - check this page for more details. (Thanks, Hedgem0ny)