It's hard to believe, but we actually recorded another podcast already! We pore over everything we could scrounge up about Destiny 2 from E3 and discuss Destiny lore with guest Ragashingo. Go listen to it in the archive or on YouTube below:

Connected Digital World sat down with Luke Timmins at E3 to talk about The Taken King and just posted the interview on Youtube! Not a lot of new information, but Luke's passion for creating games is always fun to listen to. Go see if you can glean any more info:

While at E3, we had a chance to sit down with Mark Noseworthy, Executive Producer for The Taken King. The interview room was inside an industrial furnace, sitting underneath the sound system for a football stadium during a playoff game... but you should watch it anyway, because he talks about fun stuff. Huge thanks to Colin Dosaj for the filming, and to Cody Miller for making it actually audible.

Have a question about the taken king?

We're at E3, and we have a scheduled interview with Bungie in an hour. Got a question you want answered? Post it in this forum thread, and we'll do our best to get it answered! 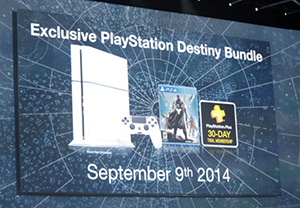 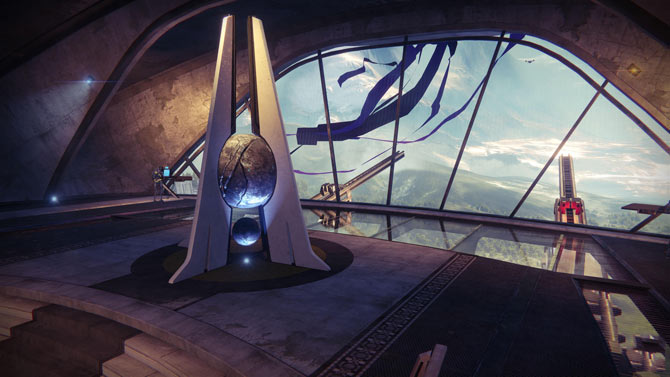 According to CVG, Destiny will be onstage again at Sony's E3 media Briefing this coming Monday - it's unclear to what degree, but keep your eyes on that live feed! (At the bottom of the article is a list of Destiny destinations; at first glance, there isn't anything we haven't seen before, but maybe a more detailed examination will prove me wrong.) Go look!

The folks over at the official Twitch blog have posted their broadcast schedule for E3, and it looks like Destiny will have a 20-minute slot starting at 2:00 pm PT on Tuesday, June 10th. It's not clear what exactly will be shown, but you might want to tune in at twitch.tv/Twitch just in case it's something epic. (Nice catch, ridum!)

Putting Bullets on a Pixel

Creative Screenwriting has posted an interview they did with Bungie writer Joseph Staten during E3. It's pretty short and covers much of the same ground as previously posted E3 chats, but Joe has a way with words that makes every conversation sound fresh and exciting. (Thanks, marmot 1333.)

It's hard to believe we're still getting content from E3, but T3CHNOCIDE over at Destinypedia has posted an interview he did with Bungie president Harold Ryan. You can listen to the audio (.ogg, 56.9KB) or look through the text transcript T3CHNOCIDE put together. It's a great read, despite the late arrival; Harold shares some really interesting thoughts here!

UnrealCh13f got invited to the Microsoft Press Conference at E3 last month, and parlayed it into a full day of activities - and yesterday he wrote up that experience (with pictures!) and posted the result on our forum. After reading, I am reminded of Duncan's assertion that people are the greatest part of E3 - he's absolutely right, and UnrealCh13f's recap shows it clearly. Check it out!

This isn't a Dragonball Online E3 interview, this is one man's coming-of-age story...well, not really. E3 2013 was an incredible experience and we wanted to share some of those experiences with you. Behold!