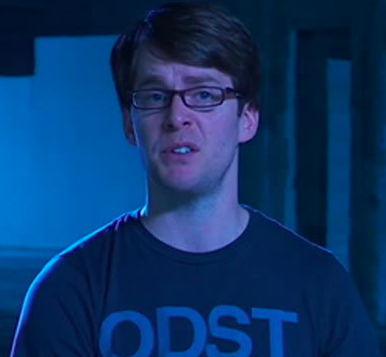 A few months back Joseph Staten, writer and designer director on Destiny, surprised us with his unexpected departure from Bungie in order â€œto tackle new creative challenges.â€ Today, Xbox Studio Manager Mike Ybarra tweeted that Staten is now back at Microsoft serving as Senior Creative Director. Many speculated that this was his return to the Halo franchise, but Polygon reports that Staten isnâ€™t directly involved with the next Halo game.

Joseph is not working directly on the next Halo title. As a senior creative director, he will help create the world's best entertainment on Xbox, as well as help shape our franchise strategy for some Microsoft Studios titles.

If you didn't already catch it on Bungie.Net, Joseph Staten, a creator, writer, designer, and voice actor every Bungie fan should know, whose excitement and creativity has inspired us for years now, is leaving Bungie for a new adventure. But through those teary eyes, just remember: we still have years of his contributions to Destiny to yet experience! And personally, I can't wait to see what else he accomplishes...

Edge has posted another developer interview with a Destiny team member - this time, it's Joe Staten, and the topic of conversation is how the game will bring worlds to life for you. Pretty interesting read! Thanks, Mr Danger.

Putting Bullets on a Pixel

Creative Screenwriting has posted an interview they did with Bungie writer Joseph Staten during E3. It's pretty short and covers much of the same ground as previously posted E3 chats, but Joe has a way with words that makes every conversation sound fresh and exciting. (Thanks, marmot 1333.)

Edge has another preview from their (now available) Destiny-rich issue, this time focusing on what Bungie learned from open-world shooters Far Cry and Borderlands. Joe Staten uses a more respectful tone than the Edge headline would have you believe, but he does mention Bungie's efforts to capitalize on the opportunities those games passed up. As a fan of Borderlands, I think this is very encouraging news! (Thanks, Xenos.)

Adam Sessler hosted a great interview with Joe Staten yesterday. It's the same format we've seen before with the interview happening over the E3 demo and Adam asks some good questions while letting Joe expand on the discussion. Be sure to give this one a viewing! Thanks (again), electricpirate!

GameSpotÂ sat down with Joe StatenÂ today and talked to him about Destiny while running through the E3 demo. There are some great pieces of information in there, but this gem at the very beginning (when the camera is panning across the landscape) will be of particular interest to many fans,

OXM UK has posted a new interview with Joseph Staten, wherein they discuss a myriad array of topics surrounding Destiny (including the fate of Tweet # 6!). Definitely worth a read, and then jump into the discussion over in the forum! Thanks, for the heads-up, excowboy83.

Staten Has the Gift of Gab

Xenos noticed yet another new interview with Joseph Staten over on x360magazine.com. Man, that guy's been busy! Some great talk about Bungie's approach to developing and defining Destiny, persistence and customization of your Guardian, storytelling, and a few other tidbits. Go give it a read, then sound-off in the forum!