The Beta is almost upon us! So this week's update from Bungie goes over the details, telling us what we'll be playing, how to play, and maybe some issues we might encounter. Go read it over at Bungie.net, or here, locally.

The Playstation Blog recently talked to Jonty Barnes about the Beta and discusses some interesting mindsets they had, especially with how seriously they were taking reactions from the beta and also the kind of things they do plan on changing (or already changed most likely at this point) before release.

Jonty Barnes sat down with The Sixth Axis at Gamescom to discuss how well the Destiny beta went, and how that will affect the game in the long run. A lot of good information on topics that haven't been thoroughly covered elsewhere!

INSANEdrive wrote up a review of the Destiny Beta recently and filled it with a large number of words. But don't worry, he also included a lot of videos to spice it up, highlighting gameplay, bullet sponges, Brutes, and of course, Indiana Jones... Go see what he thought!

Earlier this week, Eric Hirshberg (Activision CEO) held an earnings call for investors, and discussed the Destiny Beta. He was quite positive about the overall success of the Beta, and stated that it was unlikely we'd see major changes to the game, since the fundamentals were so strong. Nice results from the largest beta ever for a new IP! DualShockers gets the credit for finding this.

Jack Handey would be proud

Diehard GameFAN has an article entitled '10 Thoughts on The Destiny Beta' - they're solid thoughts. For folks following every snippet of content online, you probably won't find much new here - but for anyone who needs a quick refresher (or wants to read a summary of what we know so far from someone who's spent a little time putting ideas together), this is worth a read. Check it out!

We need a montage (or two)

A number of people put together Destiny montages to show off their time in the Beta - we've got a couple for you. l_H4RDC0R3_l announced his joint venture with friends OMGWTF22 and Koonrat15 - and our own TTL Demag0gue told us about his experience, entitled 'Dematage'. Watch both!

Stop and Smell the Space Roses

DestinyOverwatch put together a nice montage that skips the sniper shots and multikills, focusing instead on the gorgeous landscapes found in the Beta. Check out The Beauty of Destiny for some relaxing sightseeing. (Thanks, DaDerga.)

JDQuakers let us know that IGN has a Q & A with Bungie's Urk right here. Some interesting talk on the reasoning behind certain decisions like player names as well as which aspects of the game are still in some deliberation, like voice communication, thanks to Beta feedback.

Personally, I'd be fine with not talking to strangers, though I could see some more Fable-esque emotes, like acting like a chicken or farting for example, could be instrumental in challenging missions.

The Bungie Weekly Update landed yesterday, and the talk this week is all about the Beta. Today at 2pm Pacific marks the beginning of the Big Beta Event that we've been hearing about for the past few weeks, so if you can, be sure to get to your console and block out some time! It sounds like we may be headed to the Moon, and participants will be rewarded with a special Beta emblem, as well.
TAGS: beta, moon, emblem
Beorn | Jul 26, 2014 12:46 pm | link

Beta is now open to all

Apologies for not posting this yesterday; it means if you haven't been paying attention, you may have missed out on an evening of Destiny. Bungie has opened the Beta to everyone - not just people with a code. Simply download the Beta on the console of your choice, and get playing! You have until the end of the weekend... and Bungie has made it clear that if you are online on Saturday, it will be worth your while when the game releases:

Yes - especially on the 26th. You want to be there for that day. Report for Beta testing duty at 2PM Pacific. Your rewards will be handsome and permanent.

Eurogamer's Digital Foundry got down and dirty with the Destiny Beta (using a PS4), and has written up their findings. Their biggest complaint is some judder sensation to lateral camera movement... but according to urk, that might even get fixed before the Beta ends! (Maybe.) Thanks, DaDerga (and uberfoop).

The UK magazine Stuff has a review of the Beta - swing by to see what they thought. (Spoilers: they love it.) Thanks, Jason Sussman!

NukemDukem stopped by to announce Part 1 of his Destiny Beta Walkthrough - it's nearly 90 minutes long, so if you're looking for long-form watching opportunities, you should check this out.

Jump In. The Water's Fine.

Bungie themselves posted a short (but pretty sweet) teaser for the Beta - if you need your whistle whet, this is just the clip to do it!

Everything you need to know about the beta

The sonyplaystation channel on YouTube has posted 'Everything you need to know about the Destiny Beta' - watch it for a quick summary of what's coming, provided by Bungie employees. Just remember: the Beta starts this summer! (Thanks for that, DeeJ.)

A reddit user from Australia who works in an EB Games received some paperwork explaining the scope of the Destiny Beta - get hyped! Thanks, kidtsunami. (If you're worried that this means a large download - you're not alone. bluerunner pointed out the size of the Xbox One version (12.63 GB), and the Playstation 4 version is even larger - 14.3GB. The older-generation consoles will likely have smaller downloads.) 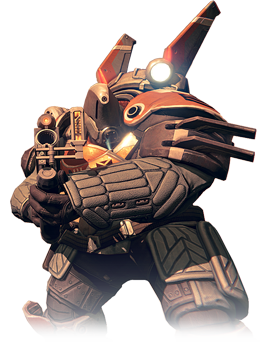 The time has come to choose which platform you'd like to redeem your Destiny Beta code for at Bungie.Net. Pete the Duck pointed it out on our forum and showed you how to find the spot quickly.
TAGS: beta, code, redeem
Leviathan | Jul 10, 2014 12:57 pm | link
1 2  | next results