IGN continues their 'First Look' coverage of Destiny - yesterday, they announced they'd be streaming Beta coverage tomorrow, a day before the rest of the world gets in... and today, they posted a video showing off 7 tidbits Bungie thinks you should look for in the Beta. Check 'em out!

IGN posted a new map tour today: Ryan McCaffrey sits down with with Lars Bakken to walk us through First Light, the moon map that we first saw in the Public Alpha last month. Some good info in here for those preparing for the Beta, so be sure to check it out! (Thanks, Grim IV)

IGN posted a trailer teasing the coverage they'll have of Destiny starting this Monday, July 7. Pretty exciting stuff! Thanks, SigbiasSilva.

IGN's Ryan McCaffrey and Jose Otero put yesterday's Strike Gameplay video into their Rewind Theater, and took a pretty close look. (It took them 20 minutes to get through the 7 minute video.) Go enjoy! (Again, it was Xenos who pointed this out. I can't remember - do we pay him enough?)

I see you shiver with antici--

--pation. IGN readers voted for their most anticipated games of 2014 and Destiny took the #1 spot in the "Shooters" category! I'm guessing a poll of DBO readers would yield similar results... (Thanks, Xenos.)

What are YOU waiting for?

IGN has posted a roundup of games that their editors are looking forward to in the coming year - and included a poll, so you can vote for your own top choices. Destiny, of course, is on the list!

Because Why Have One Article When You Can Have Two?

IGN has also posted a chronicle of the rest of that interview, this one covering much more breadth. There's a lot of reiteration on previous topics, but it's interesting to read about Bungie's perspective on the GTA Online troubles and negative connotations often associated with MMOs (not that Destiny is one, but it definitely borrows elements).

As our local Quantum Entanglement Communicator, Xenos, pointed out, the article says the Destiny Beta will be out in February... though I have no idea how IGN concluded that. Update: Yep, Urk just dropped a line in our forum that the Beta has no official release date yet.

Spaceship Pilots To Be Sad, PC Gamers To Be Hopeful?

andeeeh let us know of another interview at IGN, this time with Urk. Short, but it highlights a couple of questions a lot of fans have wondered about. Sounds like PC isn't out of the question in the future, but it's definitely not a focus right now. As for pilot-able spaceships, my X-Wing/Tie-Fighter Pilot inside is crying a bit, but hey, Destiny sequels need something to bring to the table right? Regarding microtransations, it's always nice to hear something like this:

...we’re not looking at any pay-for-power type stuff."

If Their Own Mailsack Wasn't Enough...

Our local telegrapher, Xenos, let us know that Bungie answered a few fan questions through IGN. Nothing really too new for Destiny followers, but there's a few subtle hints at things to come and slight twists on old facts that might make you ponder a bit! 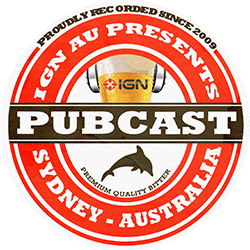 The third episode of the IGN Australia Pubcast features Dave Dunn, Head of the Art Department at Bungie. It's a fun hour-long interview that covers how Dave broke into the industry, as well as some great discussion about the Halo and Destiny development trenches. Be warned, however, that the "Explicit" tag on iTunes is well-earned, so it may not be a family-friendly listen. (Thanks, Xenos!)
TAGS: ign, pubcast, dave, dunn, art
Beorn | Oct 6, 2013 08:55 am | link

We missed this a couple of days ago - but IGN sat down with Eric 'Urk' Osborne at E3, and answered a bunch of fan questions. Urk is quite good at distilling the message the team wants to share into easily digestible chunks - go listen! Thanks, Mr Daax.

Destiny: Everything We Know So Far

IGN posted a video going over every bit a known Destiny information - go take a refresher course and prepare yourself for E3! Thanks, Asthman.

If you haven't perused the Bungie.net careers page lately, give it a quick read - at least one of the positions listed is new to me:

As a Raid Designer you will work with Designers, Artists, Engineers, and Producers to create memorable, bond-building encounters that players will scour YouTube to defeat.

I especially like these two bullet points under Required Skills: