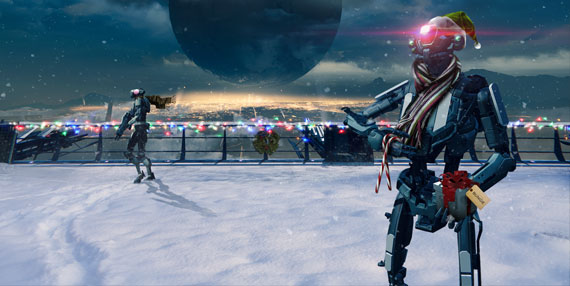 DeeJ stopped by the Playstation.Blog to answer fan questions... and it's a great collection of information! Here's a taste:

@jaydawg6958: I like to play games solo often. How much can I do alone?

DeeJ: Ah, the proverbial Lone Wolf. You can experience Destiny’s story as a party of one, assuming you’re that much of a badass. Destiny will never require you to team up with other people in campaign missions. You’ll see other players along the way, but you can choose to ignore them. That said, we think you’ll find that playing with other Guardians is quick, painless, and a ton of fun. It’s always your choice, though.

Go check out the rest!

Your Questions in the Sack

DeeJ is collecting mail for this week's Mail Sack - ask a question!